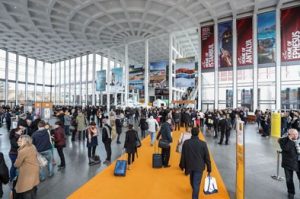 Berlin (Germany) – February 24, 2016 (travelindex.com) – At the ITB Berlin Convention numerous sessions on digitalisation and travel technology will take a look at the future – Live testing of innovation, career tips for technically minded newcomers and how to deal with fake news in a crisis – Exclusive market survey by Travelzoo/ ITB Berlin on travellers’ safety concerns

From 8 to 11 March 2017 the ITB Berlin Convention will host a number of discussion rounds with information updates on digitalisation. Internationally recognised technology experts and experienced practicians will be testing innovations live and providing information on the latest advances in travel technology as well as the opportunities and risks. Admission to the ITB Berlin Convention is free for trade visitors.

On Wednesday, 8 March 2017 the ITB Future Day will be putting Google’s innovations to the test. In a one-on-one interview with Philip C. Wolf, the founder of Phocuswright and Serial Board director, Dr. Oliver Heckmann, vice president of Engineering, Shopping and Travel Google Inc., will provide an insight into the strategies of the search engine giant and their specific uses for the global tourism industry. Visitors can witness how the key topics being discussed are clearly explained via live smartphone demonstrations.

News about terrorist attacks spread particularly fast via social media channels. The Travelzoo/ ITB Berlin study involved global consumer research across nine countries via independent research agency Norstat. The findings reveal the scale of travellers’ concerns in the world’s main tourism source markets and what kind of information they regard as helpful. At the ITB Future Day Richard Singer, president of Travelzoo Europe, will have valuable tips on how to handle travellers’ fears. One of the findings of this market survey is that for 97 per cent of the interviewees around the world the question of how safe a destination is plays an important role. Despite this, for the majority of those polled it has not dampened their desire to travel. This year only four per cent of Britons and six per cent of Germans and French said they would not travel abroad for safety reasons.

On Thursday, 9 March 2017, at the ITB Hospitality Day, the following will be discussing ‘Metasearch & Co.: The Invisible Battle for the Guest’. Marius Donhauser, proprietor of the hotel Der Salzburger Hof and founder of hotelkit, Tobias Ragge, CEO of HRS, and Johannes Thomas, managing director of Trivago, will debate how online platforms affect hotel managers’ internet ratings. The event will be moderated by Carolin Brauer, managing director of Quality Reservations.

On 9 March 2017, in a lecture at the ITB Destination Days, Percy von Lipinski, an award-winning travel guru with CNN, will examine the role of social media channels such as YouTube in crisis situations. Tourists’ reactions to a threatening situation are significantly determined by perception and communication processes. If used in a sensible way, social media can dispel fears and throw light on events. Percy von Lipinski will also explore the role of fake news. Afterwards, in an interview with Philip C. Wolf, Gillian Tans, president and CEO of Booking.com, will provide an insight into her career and how she became a senior female executive in the international travel industry. She will also explain ways in which Booking.com can drive forward destination marketing.

On 10 March 2017, the ITB Marketing and Distribution Day will kick off with another keynote interview of a leading figure. Johan Svanstrom, president of Hotels.com and Expedia Affiliate Network Brands, will talk to Philip C. Wolf about the strategies and organisational structures of the company that recently bought HomeAway, Travelocity and Orbitz.

The digital transformation of the tourism industry also offers huge career prospects for newcomers, providing they possess technological expertise. On 8 March 2017, participants in the ITB Young Professionals Day can find out about the basic qualifications necessary and where young people in higher education can obtain them. By taking a look at things such as drones, VR goggles and artificial intelligence, for example, Michael Faber, adviser and managing director of Tourism with Tourismuszukunft, and Prof. Armin Brysch, coordinator of International Relations at the Faculty of Tourism, Hochschule Kempten and head of the DRV Career Studies Committee, will explain how technology can impact on tourism. Afterwards an overview will be provided of new job descriptions as well as details of tourism courses.

About ITB Berlin and the ITB Berlin Convention
ITB Berlin 2017 will take place from Wednesday to Sunday, 8 to 12 March. From Wednesday to Friday ITB Berlin is open to trade visitors only. Parallel with the trade show the ITB Berlin Convention, the world’s largest tourism convention, will be held from Wednesday, 8 to Saturday, 11 March 2017. The World Tourism Cities Federation (WTCF) is Co-Host of the ITB Berlin Convention. The Federal Ministry for Economic Cooperation and Development (BMZ) and the Ministry of Culture and Tourism of the Republic of Turkey are Platinum Sponsors. Dubai Tourism, MC Group and Metro AG are Gold Sponsors, Louvre Hotels and Studiosus are Silver Sponsors and the Federal Ministry for the Environment, Nature Conservation, Building and Nuclear Safety (BMUB) together with the German Tourism Association (DTV) is Bronze Sponsor. More details are available at www.itb-convention.com. Slovenia is the Convention & Culture Partner of ITB Berlin 2017. ITB Berlin is the global travel industry’s leading trade show. In 2016 over 10,000 companies and organisations from 187 countries exhibited their products and services to 180,000 visitors, including 120,000 trade visitors.