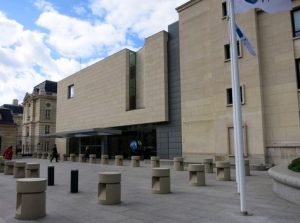 UNWTO’s inclusion in this list implies that countries´ financial contributions to the Organization such as membership fees can now be considered Official Development Assistance (ODA), which is funding that aims to advance economic development and welfare in developing countries. As such, contributions to the UNWTO can be part of the commitment of OECD DAC Members to dedicate 0,7% of Gross National Income to ODA. Furthermore, voluntary contributions for UNWTO activities and technical cooperation projects in any of the 146 ODA- beneficiary countries continue to be considered as well as ODA.

This landmark decision coincides with the celebration of 2017 as the International Year of Sustainable Tourism for Development, as proclaimed by the United Nations General Assembly.

The inclusion of UNWTO in the List, as well as the International Year 2017, are a clear recognition of the important contribution of sustainable tourism to development, peace and prosperity and thus to the universal 2030 Agenda and its 17 Sustainable Development Goals.

UNWTO very much welcomes this decision as it opens new opportunities to increase ODA flows for tourism, which currently only represents 0,14% of total ODA, despite representing 10% of world’s GDP and 1 in 10 jobs.

“This is a strong encouragement to UNWTO’s work in and commitment to advance sustainable, responsible and universally accessible tourism as a major contributor to economic development, environmental and cultural preservation and peace” said UNWTO Secretary-General, Taleb Rifai.

“Spain congratulates UNWTO and its Secretary-General, Mr. Taleb Rifai, for this outstanding achievement, which is an example of the fruitful collaboration of our country with the Organization”, said the Minister of Foreign Affairs and Cooperation of Spain, Mr. Alfonso Dastis.

The proposal was presented to OECD by Spain, UNWTO’s host country, and co-sponsored by Germany and the United Arab Emirates.