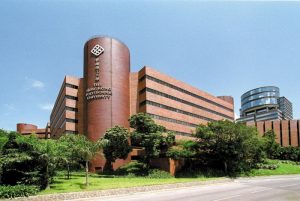 Hong Kong (Hong Kong SAR) – January 25, 2018 (travelindex.com) – The majority of Russian tourists are highly satisfied with Hong Kong’s upmarket hotels, according to the findings of a recent study by Dr Denis Tolkach and Dr Tony Tse of the School of Hotel and Tourism Management (SHTM) at The Hong Kong Polytechnic University (PolyU). A consideration of more than a thousand online reviews written by Russian guests revealed a particular appreciation for Hong Kong’s spectacular views and attentive and friendly hotel staff. While there are a few negative issues that hotels may wish to focus on improving, the findings present an overall positive picture.

Book your hotel in Hong Kong and around the world in 55 countries at best rates available. Pay at the hotel. Book now at HotelWorlds.com!

Despite its size and importance, the researchers note, little is known about the Russian outbound tourist market “beyond the numbers” provided by various industry reports. Yet, with a population of 144 million and the seventh largest economy in the world, Russia has a potentially huge tourism market. In 2012, for instance, Russian tourists spent US$53.5 billion, accounting to 4.6% of the world’s tourism market and an increase of almost 25% on 2011.

The quality of life in Russia has improved considerably over the past few years, with the researchers explaining that while “holiday travel remains very expensive for the majority”, Russians make up a large share of the global luxury travel market. Many overseas trips are for business or visiting family and friends, rather than for leisure, and Russians often “do not plan and book far in advance”.

Yet to benefit from this situation, destinations need to know what they can do to ensure Russian visitors’ satisfaction. Hotels are an important aspect of a trip, argue the researchers, whether for leisure or business, and they contribute to visitors’ overall travel satisfaction and return visits. Unfortunately, visitors tend to be less satisfied with Hong Kong hotels than many other aspects of the destination such as transportation and attractions. The researchers thus focused on Russian tourists’ perceptions of “upscale hotel attributes” in Hong Kong.

The researchers collected 1,336 online reviews of four and five star hotels in Hong Kong written by Russian-speaking guests. They then conducted a content analysis of the reviews to establish what in particular the respondents found positive and negative in their hotel stay experiences.

A majority of the reviews were written by Russian residents from Moscow, but there were also a few from Kazakhstan, Ukraine and other countries. Not all of the reviewers indicated the purpose of their trip, but of those who did just over 40% were travelling for leisure and 14% for business. Just under 30% of the reviewers were travelling as couples, around 18% with their families, 16% solo and 7% with friends.

The guests were generally impressed with the quality of Hong Kong hotels – almost half gave the highest rating of 10/10, with an overall average of 9.15. As this was higher than the overall rating by all reviewers, the researchers suggest that Russian visitors may have less experience of foreign hotels and thus may have a “lack of awareness of the standards of accommodation outside their own country”. These high ratings were also supported by the reviewers’ comments, as 96.8% contained explicitly positive statements and less than a quarter made any negative comments.

The most common theme, mentioned by more than half of the reviewers, was the hotel location. Guests were particularly impressed when they found themselves in a room with a view of Victoria Harbour and the Hong Kong skyline. Some guests also offered advice to other travellers, such as to request a room on a higher floor to ensure a good view. As the researchers note, such scenic views are rare in Russia, where most people do not live near the coast.

The guests were also pleased to find that their hotels were easily accessible by “different modes of transport” and close to shopping malls. Indeed, the reviewers advise hotels to make the best of all aspects of their locations. A hotel swimming pool, for instance, can be quite a draw, especially as few Russians get to experience an open air pool at home, so if possible it should have a scenic view.

The Russian guests also had mainly positive things to say about the food and drinks served in Hong Kong’s upscale hotels. A quarter of the reviewers specifically mentioned breakfast, with one describing it as “great”, with a “huge variety” of dishes and types of cuisine that made it “impossible to stay hungry”. The researchers explain that while many tourists who are interested in learning about the local culture will choose to eat lunch and dinner outside the hotel, breakfast is usually taken at the hotel and can “set the mood for the day”, so hotels are doing well to satisfy guests.

When it comes to room amenities, the researchers reveal that the “bed appears to be more important than the bathroom” for Russian guests. Room quality overall attracted almost as many positive as negative comments, indicating that although it is a “highly important” aspect of guest satisfaction it can be “challenging to meet guest expectations”. Features that attracted positive comments included modern fittings, large rooms, comfortable beds and positive details such as flowers in the room. The guests surveyed were less impressed if they perceived something was missing, such as hair conditioner or a toilet brush, and several mentioned the dampness of their rooms.

A lack of clarity about payment when booking through online travel agents seemed to “contribute to confusion and dissatisfaction” amongst the Russian guests, even though such problems are not usually the fault of the hotel. Still, the researchers argue that hotels should make clear the form and timing of payment to avoid any confusion, and it can also be helpful to ask guests about their preferred payment arrangements in advance. Some of the issues with money were related to fluctuation in exchange rates, which can result in considerable differences in the amount paid. However, other problems were caused by guests being charged twice, hotels failing to return deposits and credit cards being charged without notifying guests.

Book your hotel in Hong Kong and around the world in 55 countries at best rates available. Pay at the hotel. Book now at HotelWorlds.com!

The availability of WiFi tends to be taken for granted these days, so it is perhaps not surprising that guests found it “irritating when they had to pay extra” for such amenities. However, many of the guests also appreciated the “friendly and attentive attitude” of the hotel staff. The researchers explain that sincerity is particularly valued as an important part of Russian culture, and knowledge of such cultural nuances can be very helpful in the hotel sector. Aspects of bad service mentioned in the reviews included “apathy, apparent unwillingness to help” and a “very formal or distanced attitude”.

Interestingly, few of the reviews mentioned the hotel brand as being important, and when it was it tended to be so in a negative context. Maybe, as the researchers suggest, guests have much higher expectations of international brands that are difficult for them to fulfil, or perhaps brands just “lack the power they used to have”.

Managers of four and five star hotels in Hong Kong will be pleased to read that they are providing a highly satisfactory service for their Russian guests. Of course, there is always room for improvement and the researchers highlight a number of problem areas that managers could easily remedy to ensure even greater satisfaction and the growth of the potentially huge Russian tourism market.