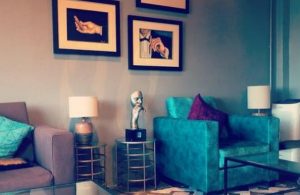 “Trinidad Cigar Divan, Langkawi will be THE place to enjoy cigars, drinks, and enjoy the best sunsets in Langkawi,” said Dato’ Indera Naresh Mohan. “The divan’s location at Fisherman’s Wharf is ideal with the Royal Langkawi Yacht Club, and a variety of food and beverage, tour companies, boating, and retail outlets as neighbours. The Trinidad Cigar Divan will add to the overall attraction of the precinct and Langkawi as a whole.”

The Trinidad Cigar Divan welcomes cigar connoisseurs and interested newcomers alike, providing an intimate space for locals and Malaysian and international tourists to enjoy a cigar while enjoying breath-taking views of the Royal Langkawi Yacht Club marina and Kuah Harbour. The divan will stock an array of Cuban, Caribbean, and Central American cigars.